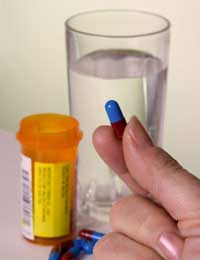 HIV is very complex viral infection. It is a very large subject area, and this article aims to provide a very basic overview of the illness.

HIV (human immunodeficiency virus) is a viral infection that can lead to AIDS. The virus enters cells and reduces their efficiency. For example, if the HIV invades a T-cell whose job it is to fight any infections, this cell becomes less effective at carrying out its normal function and an infection can then attack the body, whereas with the presence of T-cells, the person would not have experienced the infection of its symptoms as the T-cells would have it under control.

How Is It Spread?

HIV is spreads through the exchange of body fluids such as blood and semen. The most common methods of transmission is through unprotected sex and through cross infection of sharing used needles or by being accidentally infected such as in the healthcare setting from a needle stick injury or from receiving a contaminated blood product.It can also be passed from mother to child during pregnancy or breastfeeding.

Though it is unlikely to spread through minor cuts or grazes, it is advised that abrasions that have broken the skin are covered with a waterproof covering in order to protect those around you.HIV is not spread through skin to skin contact, through the air, from surfaces (unless they have blood or semen on them) or through saliva.

The main treatment offered to those with HIV or AIDS is to administer antiretroviral drugs. These will not provide a cure but can allow the individual to carry on with normal life preventing any associated illnesses from presenting.

These drugs work by reducing the rate at which the HIV infected cells replicate within the body. They have to be taken everyday for the rest of the person’s life. There are many antiretroviral drugs available and research has found that often a combination of these drugs is the most effective treatment. This is because during the cell replication process sometimes the cells fails to make a exact duplicate of itself and an individual cell is produced.

This new type of cell will not be affected by the drugs given in the same way as the other cell so other drugs must be given that do affect it. The problem with this event is that eventually their will be more mutated cells than drugs available and the person may become resistant to the drugs.

For many people these drugs can cause side-effects such as nausea and vomiting which can be treated using alternative medications or the person becomes adjusted to these experiences.

If you are being treated for your condition and maintaining general health, there is no reason to allow this illness to stop you from enjoying life and carrying out normal activities. Medical research has developed many ways of coping with living with HIV and there are many texts available written by those who have learned how to cope extremely well.

Being diagnosed with HIV can be an extremely distressing and emotional time for the person, however with the introduction of a treatment plan that is created especially for your needs, life can continue for many years.

The Consequences Of Pelvic Inflammatory Disease

What is Hepatitis & How is it Treated?