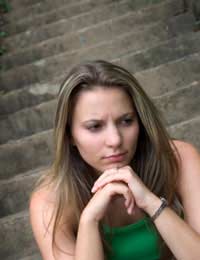 There are many reasons as to why someone may want to terminate their pregnancy. It may be that the foetus has developed abnormally in the womb, maybe contraception has failed, the female may have been raped or it has been an accident and the female feels she simply cannot continue with the pregnancy.

Whatever the reason, it is a difficult decision to make and each person will have their own thoughts and reasons as to how they made this choice.

Although it is not a legal necessity, it is strongly recommended that the woman finds someone she can confide in and discuss this option thoroughly.

Having someone who will listen to you and help you understand the full implications of making this decision can help to clarify the situation. If there is no one who you can trust around you there are many organisations that can provide this counsel and advice.

If you are sure you want a termination, it is very important to see either your GP or make a private appointment at one of the many private clinics as soon as possible.

Current law in the UK says that a pregnancy can be terminated until the 24th week of pregnancy. Unless there is foetal abnormality noticed during the scanning process, it is unlikely that a woman will let the pregnancy continue this far if she is having a termination for other reasons.

Many hospitals have their own policies and guidelines regarding abortion and many will not consider ending a pregnancy after 20 weeks unless there is a serious risk to either the baby or the mother.

British law states that two doctors have to agree that a termination is the best option for the patient, and both the physical and mental health aspects surrounding the patient will be taken into account.

Before any treatment is offered for the termination, the doctor will examine you and assess your health status. He/she will want to determine how far along the pregnancy is and this may involve the use of a scan. It is possible that the scan can be performed without you seeing what is on the screen if you wish.

A termination can be managed in two ways. For those who are in the early weeks of pregnancy, nine weeks or less, tablets can be taken which help to soften the cervix and contract the uterus. This helps to pass the foetus from the body. Side effects can include sickness and diarrhoea.This method can also be used for later pregnancies but the passing of the products is more difficult the further on the woman is.

Terminations can also be performed surgically. For those who are 13 weeks or under in gestation, the products can be sucked out of the uterus using a fine suction tube passed through the cervix. For later terminations the cervix is opened and forceps remove the foetus. Depending on the stage of the pregnancy, the heart may need to be stopped before the foetus is removed.

All surgical terminations are performed under a general anaesthetic and often there is no over-night stay needed unless there are complications.

As with all surgeries, there is a risk from the anaesthetic. There is also potential for the uterus to perforate during the procedure or haemorrhage to occur.Although all equipment is sterile when it is used there is the possibility of an infection being introduced into the uterus.

Bleeding is common after a termination but should sub-side after 10 days. If it doesn't become lighter or begins to smell or contain mucus-like discharge it is important to see you GP who may want to investigate the cause of the bleeding, or prescribe antibiotics for infection.

Deciding on a termination is a very difficult decision and one that takes careful consideration before making a choice.There are many people who disagree with abortion, mainly on religious grounds but each woman must make her own choice that is right for her.