Home > Medical Disorders in Women > What is Multiple Sclerosis?

What is Multiple Sclerosis? 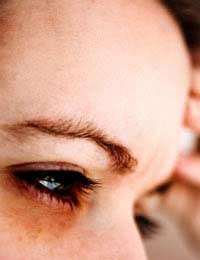 Multiple sclerosis (MS) is a disease that results from progressive damage to the myelin sheaths that surround nerves. It is known as an autoimmune disease because the myelin is attacked and destroyed by the body’s own antibodies and immune cells. MS usually occurs in young adults between the ages of 20 and 40 years and is more common in women than men.

In a healthy person, the in tact myelin sheaths that surround nerve cells enable signals to be passed along them much more quickly than if the nerve were ‘naked’. When myelin is stripped away in MS, nerve transmission is impaired causing a loss of balance and problems with movement.

The term multiple sclerosis refers to the many sites of damage (the scleroses) that occur in myelin sheaths in the nerves within the brain and spinal cord.

The Symptoms Of MS

The symptoms of MS tend to start gradually and are usually fairly non-specific, which is why they are often ignored in the early stages of the disease. An affected person may experience changes in skin sensation, with tingling or some numbness. They may suffer muscular problems with twitching, weakness or find it difficult to move on occasion. Dizzy spells with nausea, unexplained motion sickness and falling over for no reason are also common early signs that are explained away as ‘a bug’ or clumsiness. Tiredness is a very common symptom that is often put down to too many late nights or a heavy workload.

As the disease progresses, it tends to follow one of four different distinct patterns. In relapsing-remitting MS definite ‘attacks’ tend to occur during which symptoms become suddenly much worse. Recovery from these attacks follows and the person feels well again, with no problems for a few weeks or even months.

Cases where symptoms remain fairly mild over a long period of time (10-15 years) with no serious impairment of movement or balance are classed as benign MS. However this is relatively rare; it is more common for elapsing-remitting MS to get worse over time with attacks becoming more serious, longer and with shorter periods of remission.

There is currently no cure for MS but some therapies can help to slow down its progression. Many people with MS take beta interferon, a natural product of the human immune system that reduces the inflammation and general level of the immune response. A drug is also available that mimics the structure of myelin and acts as a decoy target for the antibodies and immune cells that are specific for nerve sheaths, so preventing them getting to the nerves.

The newest therapy is a monoclonal antibody called natalizumab, marketed as Tysabri. In trials, this biological therapy has been shown to prevent relapse in MS and to reduce sight impairment and the loss of higher brain function. However, it does have some quite severe side effects but is currently approved for use in MS in the USA and Europe.

Managing To Live With MS

As well as taking drug treatments that may help, MS sufferers are able to manage their condition by taking greater care of themselves. Tiredness can be managed by regular sleep, early nights and resting when necessary. Exercise and physical therapy can help retain movement and eating a diet high in vitamins and minerals can help keep the body as healthy as possible despite the MS. Many patients also used relaxation and alternative therapies as stress can induce relapses.

MS often occurs in young adult women of childbearing age. Some decide never to have children because of their condition, but MS itself does not prevent a woman having a family. In fact, the symptoms of MS generally lessen during pregnancy because of the changes in the immune system that occur to accommodate the growing baby, which is essentially a ‘foreign body’. After birth, MS attacks can come back with a vengeance, however, and treatment can make it impossible to breast feed. MS can make it harder to bring up small children but many women with MS do cope, even though they may need extra support during difficult times.