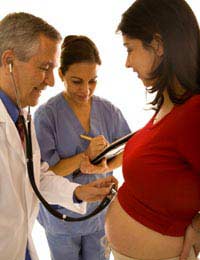 A stroke can be fatal in many cases or can cause long term damage affecting each individual differently and the resulting brain injury may be slight or severe.Common symptoms can include weakness to one side of the body, paralysis and difficulty with speech and swallowing.

The risk of a stroke in significantly increased if blood pressure is raised. Often this can occur without any symptoms but as the pressure climbs the vessels become damaged and may rupture.

Many problems can occur during pregnancy including gestational diabetes and high blood pressure which have both been found to increase the risk of suffering from a stroke in later life.

The risk of a stroke increases with age and as we age the arteries become more clogged up with substances such as cholesterol. It is also common for the arteries to harden while this occurs increasing the risk further.

It has recently been found that women are at a much greater risk of inheriting a predisposition to stroke than men, so it is important that any woman who has a strong family history of stroke pay more attention to the risk factors and try and lower their risk; they should also have their blood pressure checked regularly.These studies are continuing to assess the risk in greater detail.

The use of HRT has fallen in recent years as experts are becoming more aware of the associated risks and weigh these up against the potential benefits. These risks include the chance of stroke. Although studies have predominantly been carried out overseas, the results do show an increased risk with long term use of HRT especially in those over the age of 65. Fortunately in the UK, HRT is very rarely given long term anymore.

Anyone is at risk of a stroke and by taking certain measures and making sensible lifestyle choices, we can all decrease our risk.