Home > Ovaries & Womb > What Are Fibroids? 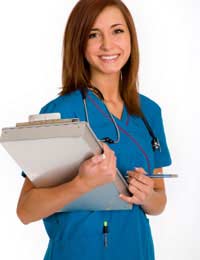 Among many of the possible gynaecological conditions that can affect women is the incidence of fibroids.

Fibroids are a very common occurrence affecting many women and can vary vastly in their severity. Many women do not realise they have fibroids until they are detected whilst having other examinations or treatments.

Fibroids are non-cancerous, or benign, growths that develop in the uterine cavity. These growths can be very small or can be extremely large often as big as a grapefruit. There may be only one or it is possible to have several.

The most common growths develop on the walls of the uterus and are known as intramural fibroids. They can also be found in the inner layers of the uterus, in the muscular tissues, these are called sub mucosal fibroids.

Those found within the cervix are named cervical fibroids and those that grow on the outer layer of the womb are called sub serous. This is the type that grows to be the largest and often develop a stem like structure at the base.

For most women the cause of their fibroids remains unknown, but as they are more likely in the middle ages and slow down in growth during the older ages, they are linked to the presence of oestrogen in the system.

The most common symptoms of having a fibroid are heavy bleeding and pain. There have also been reports of pressure in the abdomen and alterations in bowel and bladder habits.

Heavy periods can include the passing of clots; in some instances the blood loss may be so much that anaemia can become a risk. If you suffer from exceptionally heavy periods and find you are more tired than normal and have dizzy spells, please see your GP who may want to investigate to find the cause of this and also to take a blood test and check for anaemia.

The types of pain experienced can be the normal menstrual cramping, or it can feel like a discomfort or ache in the lower back or pain in the whole of the pelvis. Cervical fibroids may cause painful sex especially when there is deep penetration.

The severity of symptoms, pain and discomfort does depend on the nature of the fibroid, its size and location. Those who have fibroids and don't know about them will have no symptoms.

Doctors may only recommend treatment for fibroids if bleeding is very heavy and a lot of pain is experienced.It may be possible to treat the fibroids without the need for surgery as some hormonal preparations made up of progesterone type hormones, may reduce bleeding and if used with a light pain relieving medication may be enough to take the edge off the symptoms.

For those who are in a lot of pain and are losing large amounts of blood there are medications designed to try and shrink the fibroid that are given in the lead up to surgery to try and make the operation easier for the surgeon. These drugs are not suitable for long term use as they can be detrimental to health over time.

Surgical procedures for the treatment of fibroids include having a myomectomy or a hysterectomy.A myomectomy involves the surgeon dissecting the fibroid away from the uterus. If the fibroid is growing on the outer side of the uterus it may be possible to do this laparoscopically if the fibroid isn't too big.

For fibroids that are elsewhere, a small opening in the abdomen will be needed to access the site. The uterus can be restored back to its original state in most cases.This is often recommended for those who want to try and have a family in the future.

For those who have a family, have an exceptionally large fibroid or one that encroaches on a lot of the uterine tissue and blood supply it may be that a hysterectomy will be needed and the uterus will need to be removed.

Fibroids can affect woman in many different ways. Some can live quite happily with fibroids whilst others suffer a lot of pain and bleeding.A doctor will be able to advise you on the options that are suitable for your needs.

Polycystic Ovary Syndrome Explained
Share Your Story, Join the Discussion or Seek Advice..
I had a huge fibroid in my mid 30's which was surgically removed- but two years after my last period, the fibroids have returned and I've had a heavy crampy period (I thought that was all over!). Why does no-one warn over 50's that this can happen? Waiting for another gynae appointment- fingers crossed I don't need surgery- again
jazz - 28-Nov-11 @ 9:15 PM
I was diagnosed with 2 fibroids 6 years ago. They have both shrunk in size since I have lost weight and followed a strict diet.
Izzy7 - 26-May-11 @ 8:59 PM
Title:
(never shown)
Firstname:
(never shown)
Surname:
(never shown)
Email:
(never shown)
Nickname:
(shown)
Comment:
Validate: