Home > Diagnostic Procedures > What is Endometrial Ablation Used For?

What is Endometrial Ablation Used For? 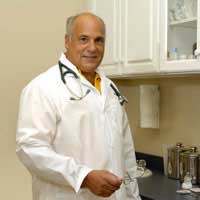 Endometrial ablation is a surgical procedure that is offered to women who suffer from very heavy bleeding. Often this bleeding can be prolonged and lead to anaemia and be such a hindrance that it begins to interfere with every day life.

How Does The Procedure Work?

An endometrial ablation works by destroying the lining of the womb which in turn prevents bleeding.

The procedure can be carried out in a number of ways: it may require the use of a diathermy electrode which passes an electrical current to the tissue; the surgeon might prefer to use a loop shaped electrode that scrapes the lining away whilst passing the electrical current; a laser may be used; microwave technology can be employed in which microwaves are passed through the tissue to a certain depth or fluid can be used to fill the uterine cavity which is then heated to a certain temperature that seals the blood vessels that supply the endometrium (the lining of the womb). The type of technique can vary upon hospital, the surgeons preference, training issues or available equipment.

They all work in a similar way and can all be effective.It is not recommended for use in the presence of fibroid growths, which may require a separate treatment and possible removal; nor is it recommended for those who are planning to become pregnant in the future.

How Is The Procedure Performed?

Often the procedure can be carried out as a day case unless there are other medical problems or complications arise. Some of the techniques can actually be carried out in the clinic instead of an operating theatre.It is possible to be performed under a local anaesthetic, particularly the technique that uses the fluid to fill the cavity.

The legs are placed into stirrups to allow easier access to the cervix, which is then gently dilated to the size of the instrument that is to be passed into the uterus.Often a hysteroscope which is a small telescope is introduced into the uterus to assess the lining and check for any abnormalities. To do this, and to use the diathermy technique, a fluid is used to inflate the uterus to allow for better visualisation and as a conducting agent for the electrical current.

The equipment is tested and checked before use and is then passed through the cervix into the uterus. The selected method of ablation is then applied for example the diathermy activated.When the surgeon is happy that the ablation has worked sufficiently it is withdrawn and the hysteroscope may be used again to assess the effectiveness of the ablation.

Are There Any Risks?

The are some risks associated with the procedure depending on the technique chosen.When using the diathermy technique there is a risk of excessive fluid absorption but this is carefully monitored by the theatre team and happens very rarely nowadays. If you have a particularly small uterus or one that is laid at an unusual angle in the pelvis, there is a chance of perforation (a hole being put into the wall of the organ) which will need medical attention.

It is possible to find an alternative method to this procedure. Often some of these techniques will have been tried before an ablation is recommended.The use of an intrauterine coil device may help to reduce bleeding and regulate periods as might the use of oral contraceptive pills, but for some women these options prove to make no difference.

If the procedure makes no marked difference and the problems continue to the same degree or worsen, it may be worthwhile requesting more information about having a hysterectomy when the uterus is removed; often the ovaries and cervix can be left in the woman and only the troublesome womb is removed.

Endometrial ablation procedures are fairly common and can be very effective at reducing or preventing any bleeding.All options should be discussed with your GP or specialist before surgery is carried out.

Do Women Get High Cholesterol?

Why do I Need a Laparoscopy?

Why Do I Need A Hysteroscopy?