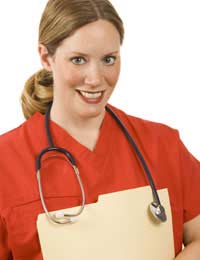 Breast enlargement surgery is becoming more and more popular amongst young women.Many people are unhappy with their body image and feel that cosmetic surgery can offer them a way of improving this area of their life.

It is a matter of personal preference which size breasts are the most suited to your frame, though your surgeon will advise you also.Not only can breast enhancement increase the size of the breast but it can also provide a lift or achieve symmetry of the breasts at the same time

What Is Involved In The Procedure?

There are many ways in which the breasts can be made bigger, though all of the procedures involve the use of implants unless the breast is being reconstructed for other reasons.

Most breast enlarging procedures are performed under a general anaesthetic. The surgeon will make an incision either under the breast hidden in the natural curve under the breast or around the nipple. The tissues are dissected down being careful to maintain blood and nerve supply and also the milk ducts until the layer of muscle is reached.

Before the implant is introduced a sizer is placed in the opening and filled with saline. The surgical team then assess how the breast looks whilst being filled gradually until the size requested by the patient is reached. The amount of fluid in the sizer is then noted and the same sized implant is inserted. The breast is moved gently to allow the implant to settle and the tissues and skin are closed in layers using absorbable sutures. Often a very fine suture or skin glue is used to the skin layer and a small dressing is applied.

It is common to feel some discomfort or pain after the operation but pain killers will have been prescribed. You will need to refrain from strenuous activity and wear a sports bra for at least 6 weeks after the operation. The initial size of the breast following the operation is not a true representation of the actual size as the surgery will have made the tissues swell slightly which can take several weeks to settle.

Is It Available On The NHS?

In a small number of cases the procedure may be offered on the NHS though this is very variable between health trusts. Most women who have received the treatment funded by their health authority will have been permitted because of severe psychological distress, a large degree of asymmetry or loss of tissue through breastfeeding or previous surgery.

Are The Implants Safe?

On the whole implants are considered to be fairly safe. Obviously three is a risk of the implant rupturing though this is a lot less common than with earlier models, unless the implant is pierced such as in a stab injury or sudden impact.The life expectancy of the implant does vary between manufacturers but most will need replacing after around 15 – 20 years.

There is a small chance that a condition known as capsular contracture can develop. This occurs when the capsule around the implant tightens and becomes rigid, this can cause the implant to look displaced or too prominent and will sometimes need another operation to correct.

It is also considered that silicone implants do not interfere with breast feeding as long as the milk ducts have not been damaged during the surgical procedure.There are several different types of breast implants and can contain either saline, silicone gel, cohesive silicone gel or hydrogel and each will have its own benefits and disadvantages over its competitors and different hospitals will stock different varieties depending on the surgeon.

If you are very concerned about one type or another or would prefer one over another talk to your surgeon who will try and facilitate any requests you may have.

To undergo breast augmentation is not a decision that should be rushed there are many considerations to discuss with your healthcare provider before booking your operation.