I Survived Bulimia: A Case Study 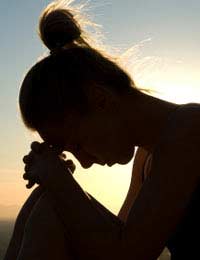 Sarah is 27 and mother to twin girls aged 4. “I am looking forward to them starting school next month,” says Sarah who nearly lost everything six years ago because of bulimia.

“What began as comfort eating got completely out of control,” she remembers. Sarah’s parents were both teachers and were keen for her to do well at school. Unfortunately, while Sarah excelled at sports, she was not very good at academic schoolwork. “I would do OK at maths and English but always got average marks rather than coming top. Both mum and dad couldn’t hide their disappointment.” Sarah was never made to feel that she was worth very much. “The only time I ever got any praise was when I cleared my plate”. So, clear her plate she did and unconsciously began to associate being very full with feeling good about herself.

Sarah went away to college when she was 18. “I found it really difficult to make friends and would retreat to my room in the halls of residence in the evening with cakes and biscuits”. Sarah doesn’t remember exactly when, but it was sometime in the first term that she ate so much she actually threw up afterwards. “I was violently sick and then felt empty. I hated myself for being happy that it meant I could start eating again.” By the end of the first year the whole day was geared around buying food and Sarah would go back to her room sometimes as early as 3pm to start bingeing and then vomiting in nearby toilets.

“I felt really clever at the start of the second year because I managed to get an en-suite room and I had the privacy to throw up in my own loo whenever I wanted,” she says. But this achievement was short lived. Her eating disorder was taking over Sarah’s life completely and she was missing lectures, practicals and seminars. She dropped out of college just before the second year exams, unable to face failing her parents by failing her exams.

“I had met my boyfriend by then who was just finishing his course and going into industry into a well-paid job. It seemed a natural step to get married.” They did and Sarah managed to get a job as an assistant in a solicitor’s office. “That’s when my nightmare really began because I then had to adopt a totally secret life as my bulimia was still out of control.” Sarah could not risk bingeing at work, so ate normally until lunchtime and then ate as much as possible walking round town before throwing up in the public toilets. “I sucked mints all afternoon at work because my breath smelled so badly.

At home, Sarah could not risk her husband finding out. “But of course, he did. When we had been married just under a year, he came home early with some flowers to surprise me but it was him who got the surprise,” she recalls. The kitchen was strewn with empty cake and biscuit and cheese wrappers and Sarah was heaving over the sink. “I could hardly pretend to have a bug or food poisoning because of all the food that I had obviously just eaten,” she shudders.

Sarah thought that her marriage was over and sank into a deep depression. “My husband was in total shock and I faced losing him forever but, amazingly, he said he would help and support me.” This made Sarah truly face her bulimia for the first time and she went to her GP the next day. Her story poured out and she sobbed in the surgery for nearly an hour to a sympathetic GP who transferred all his other appointments to colleagues.

A year of psychotherapy followed. “There is no quick fix pill to cure bulimia – I was encouraged to search deep inside myself to try to discover why I overate to make myself feel good and had then got into a cycle of self-loathing through bingeing and vomiting.”

One of Sarah’s biggest surprises was how angry she was. “I thought I was depressed, sad, pathetic, weak and maybe stupid, but not angry.” But the sessions showed her that she was angry – mainly with her parents for never giving her credit for what she could do – but also with herself. But Sarah’s parents supported her all through the treatment, horrified that they never knew about her bulimia.

“I finally felt I had survived bulimia after going for a series of hypnotherapy sessions. These made me relax and develop a much better relationship with food, seeing it as nutrition, not a source of comfort when things go wrong.”

I Put Up With Fibroids for Far Too Long: A Case Study
Share Your Story, Join the Discussion or Seek Advice..
You are very stronge. I suffer with bulimia and unfortunately it really takes hold and affects my life and work. I have a very supportive boyfriend and my family know. It must have been awful keeping it from the ones you love. I admit to it but not all the time and its when i hide it away it starts to take control of me to much. I only hope i will be as stronge as you have been one day x
carly - 25-Jun-12 @ 7:03 PM
Title:
(never shown)
Firstname:
(never shown)
Surname:
(never shown)
Email:
(never shown)
Nickname:
(shown)
Comment:
Validate: